Whites Are the True People of Color

Increasingly, over the last 25 years or so, the term "people of color" has been popularized by Cultural Marxists (aka "liberals" or "progressives"), as a label, to refer to people that are not White. It was developed as an alternative to the term "colored people" because that appellation came from a White cultural context and therefore was anathema to them.

Another reason for developing the term is that they wanted a phrase that would include all of humanity ("colored people" meant black people or people of mixed White and black descent) -- except for Whites. They felt they needed something that would exclude White people from the mass of humanity -- even though Whites are a tiny minority of the world's population (about 11-13%). So much for the good intentions of "the Left". They pay lip-service to concepts like "inclusiveness", "fairness", and "equality" but rarely practice it.

Black and brown are not colorful, and are often accompanied by ugly faces.

mah dude, color is aesthetic, you do not need to reach just to redefine “people of color”. This shit needs to stop, because in the end they are just traits influenced by needed amounts of sun resistance and blending in with the background, prob sounds bad to say snow here tho lmao

You racist asshole. Which is why hell is mostly composed of white people for all the hatred they have inflicted in this world. You hating cause I bet yo pake ass dont have color and I bet you tan to look brown.

Whites are the true colored people, combining all colors. Black is absence of color, or uncolored. If you spin a color wheel, it turns white or flesh.
https://www.youtube.com/watch?v=WJ3_3YDKiu8

Look at all this hate towards white people and to the truth that white people are the real people of color and white at the same time. Some people can't seem to accept reality, they choose to lash out instead so much jealousy and resentment towards whites. Despite the fact that we are actually the most tolerant and accepting race on the planet. Our problem is we are generally too empathetic and too accepting which allows us to get taken advantage of. No other race would put up with the way whites are treated in their own countries. Nor would other races allow so many people of another race into their countries. You can hate white people all you want but deep down you know we don't owe you an apology. No, if anything you owe us a thank you. Don't worry I know it's not coming so I won't hold my breath. 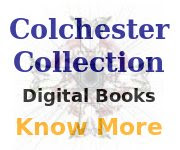